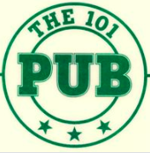 Enter a Team by Dec. 31 Deadline

The 2020 Men's Winter Basketball League will tip-off in early January with divisions in Jersey City and Belmar, NJ.

We are accepting Full Teams and Individual Players for the league. Each team must have a minimum (8) players on the team roster.

The deadline to register is December 31.

The Jersey City League will play at 180 9th Street Gym, near Hoboken, NJ. Game nights are Sundays 4pm-10pm. Each team plays 1 game per week on average.

The Belmar League will play at the Academy Charter H.S. Gym located 1725 Main Street in Belmar/Lake Como. Game nights are Sundays and/or Thursdays. Each team plays one game per week on average.

Questions? Email us at info@joinABL.com.

We'll see you at the court!