All Bark, No Bite

Jersey City, NJ -- The JC Tropics vs. Wolfpack ended up as the game of the night. The Trops were trying to bounce back from last week’s loss and the Pack were gearing up for their first game of the season. Let's dance.

The first half was all Wolfpack as they stepped on the court in their new wolf-themed uniforms. They rebounded, got second chance points and fed off each other well. JC Tropics however struggled early on, they missed numerous shots at the rim including layups, and ball movement was lacking. JC Tropic’s defense kept the game from getting too far out of reach. Wolfpack’s rhythm was solid on both ends of the floor and they went into halftime with a 7-point lead, 22-15 behind Anthony Lawrence’s 6 points. Brandon Renkart and Kirill P. also recorded 6 points each for JC Tropics.

The second half was more of a nail biter as JC tropics completely turned their game around. The entire team got involved, players were more aggressive and ball movement was the key. They totaled 11 assists in the second half versus 3 in the first. Even so, Wolfpack still held the lead. Wolfpack fought and hustled on every possession but began to look more tired than their opponent who played without any available substitutions.

JC Tropics were down by 5 with under 50 seconds in regulation. Wolfpack then missed 3 crucial free-throws in a row and JC Tropics made them pay. JC stormed ahead for the lead and stole the game for the 46-43 win. Players of the game were Brandon Renkart with 17 points (12 in the half) and Kirill P. who finished with 18 points (11 in the half), 9 rebounds, 2 blocks, 1 steal and 1 assist. They scored 23 of the team’s 31 second half points. 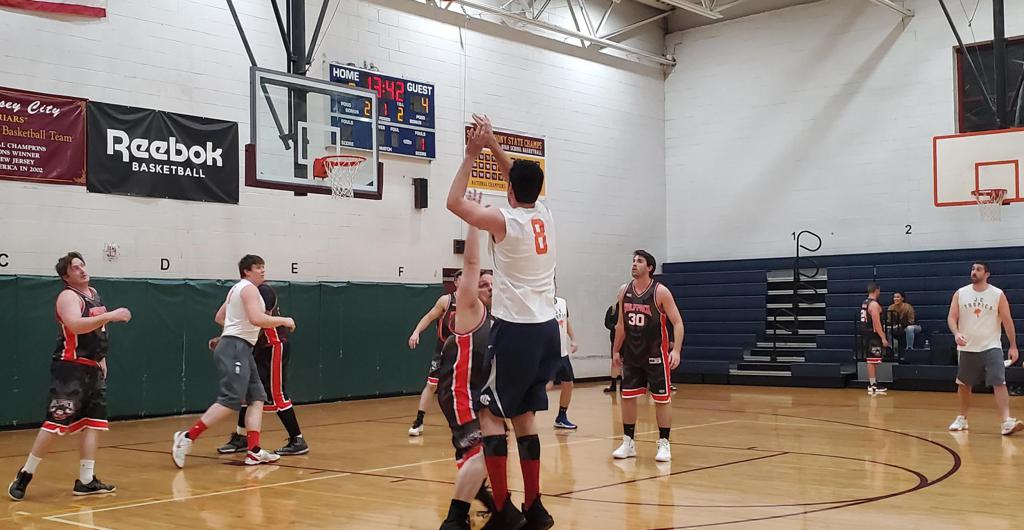