10th & Willow Wolverines Are Back in the Championship

HOBOKEN, NJ -- It’s almost impossible to picture a championship game in the ABL Flag League without seeing the 10th & Willow Wolverines. In Round 1 of the 2018 Summer Playoffs, they faced Past Our Prime, and by the end of the game it was clear their opponent was truly past their prime.

10th Willow got off to a hot start defensively, as Tim Fougere snatched an interception that led to a touchdown right away. Their offense wasn’t lacking any confidence either by the way, as quarterback extraordinaire Isai Carrillo went 15 for 17 attempts and two touchdowns in the game.

TJ Baxter and Isaiah Diaz-Mays played quarterback for Past Our Prime and went for a combined 7 for 17 attempts; they struggled all night. But things looked up for a minute as Cameron Eyer snared an interception halfway through the first, which could have shifted the momentum in their favor if Wolverine’s Travis King didn’t respond with his own interception on the very next play. Past Our Prime needed answers fast as they went into halftime down 13-0.

The fire kept burning for 10th & Willow in the second half as they scored a touchdown by Andrew Solomon on the second play. The trash talk and frustration was at an all-time high for Past Our Prime, considering they felt that everything was working against them. In the end, 10th & Willow Wolverines defense was too overwhelming and they forced Past Our Prime heads down as they had an inauspicious end to their season.

10th & Willow won the game 19-0 and will be meeting perennial contender No Fat Chix in the championship game. It should be noted that No Fat Chix have won their last 3 games by mercy call. Should be a great game!! 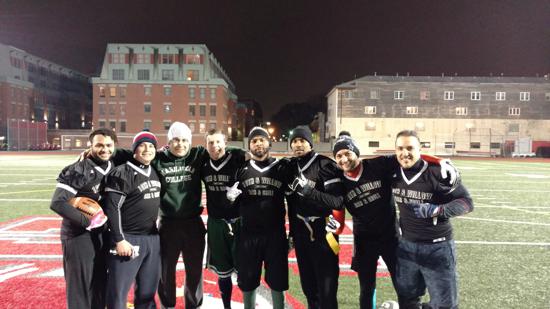 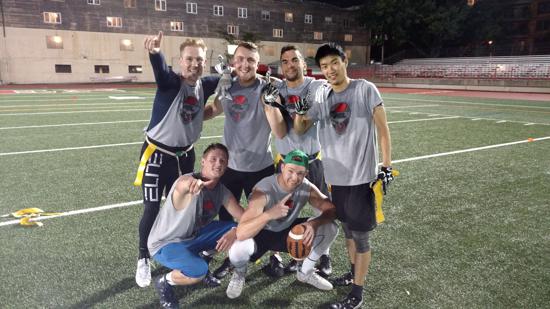 Registration for the Fall Season is heating up! Be sure to lock in your team spot soon, as we will be posting the Fall Schedule by September 9th.

Opening Night will be on September 10th/12th for most teams.

Game nights are Mondays or Wednesdays, and each team will be scheduled for 8 regular season games, plus playoffs. Flag belts and team shirts are included.

New to the league? Check out our Rulebook to familiarize yourself with our run and gun, fast action, 5v5 style of play. If it's your first time playing in the league, we'll make sure to place you in our Recreational Division to get your feet wet.

Summer is almost over - Register Now for the ABL Fall Flag Football Season!

The Registration "" is not currently available.