BELMAR, NJ -- Playing as a unit for the very first time, 'Indy Fire' came out hot and held on to defeat the 'Glory Days Rejects' 46-40. The dynamic combo of Crammer and O'Krepki scored a combined 27 points for the Indy squad.

In the losing effort, Jermaine Jackson scored 25 points for the Rejects.

Indy Fire will take on the Bad News Ballerz next week. 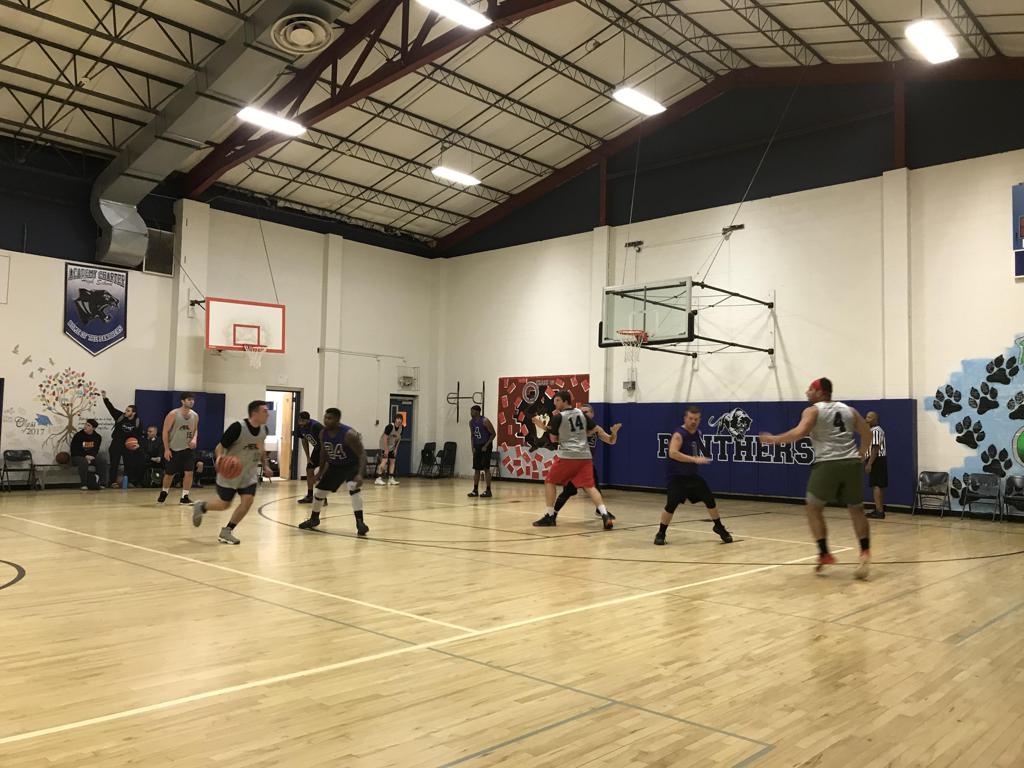 In other games, the veteran squad 'SuperSonics' defeated the 'Washington Generals' 51-37. Meyers (16 pts), Chambellain (13 pts) and Williams (11 pts) did most of the scoring for the Sonics. In the losing effort, Mahoney dropped in 18 pts for the Generals.

The Grenvilles played brilliantly, scoring the most points of the night in a 74-50 victory over the Bad News Ballerz. Cody Meyer (13 pts), big man Jordan Arce (14 pts), Joe Debonis (14 pts) and Bobby Sanborn (19 pts), who rained down 3's deep into the night, each had eye-opening performances as the Grenvilles appear to be the real deal.

Be sure to check the schedule each week, as some start-times may change.